General Discussion / Re: Do you want the mystery solved

« Last post by ilahiyol on November 22, 2021, 12:09:20 PM »
The only reason why the Dytlov incident is attractive is that the corpses remain with us... Otherwise, there are many paranomical events like this in the history of the world and today!!! So it's not the only event... But what makes it different is that the bodies are found at the crime scene!!! This means that a secret event becomes partially visible to us. Is there a message for us in the release of corpses??? This is the only reason for me. It is necessary to think about this reason(?)
12

General Discussion / Re: Do you want the mystery solved

« Last post by Игорь Б. on November 22, 2021, 04:50:59 AM »
Interest in the death of Dyatlov's group is based only on photographs. If there were no photographs, there would be no forums, no books, no films. And you would not know anything about this mass death of hikers.

P.S. It is good that many people in the USA and Canada know the smell of a skunk personally. They don't need to explain anything in detail.
13

General Discussion / Do you want the mystery solved

« Last post by MDGross on November 21, 2021, 08:36:32 AM »
I'm of two minds. First, if the Dyatlov Pass Incident were solved with absolute certainty, family members could at last get closure. In fact, all of us Dyatlovites could get closure.
On the other hand, mysteries always have great appeal. People become impassioned and committed. A forum like this one has introduced me to new people with new ideas. I've learned about: Soviet society in 1959, infrasound, ball lightning, missile fuels of that era, slab avalanches, Mt. 1079, the nine adventurous young people, and on and on. There will always be mysteries, but this one has such unique appeal.
14

« Last post by ilahiyol on November 18, 2021, 12:19:53 PM »
If he had left even a single one alive, he would have been able to return to the tent and get the necessary living materials and survive! The purpose of the already unknown coercive force was to kill them all from the start. Why would he kill a few and leave the rest? He must have killed those who returned to the tent first....First of all, Dytlovu, then Rustami, then Zinayi....Then two Yuiriy...Then those who were hiding in the snow.....Yes, the deaths are sad....They were good, smart, bright young people full of life. Sometimes death comes so suddenly. God knows why. Everyone will die, after all.... We, the Earth, will not survive. What we need to do is to believe in God sincerely. And we pray to Him. We try to be a good servant to him.
15

But when the unknown force saw that the group is still alive and struggling back up the slope, then it might have went to the forest and killed Lyuda, Semyon and Thibo, and perhaps Kolevatov?

They tried to hide but were found, or alternatively, as they were the only ones with injuries suggesting something sinister, the unknown force hid their bodies in the stream / under snow. Perhaps even triggered an avalanche there.

Because of the flashlight found on the rocks, they would have left the tent at night, then in the morning someone climbed the cedar, saw that the tent might be safe, and they started their return to it..


This also adds up with the "observation slit" origin of the cuts on the tent.I personally don't want to think it was murder... but it's compelling.

But why would the unknown force change its mind in the morning and decide to kill them?
16

« Last post by ilahiyol on November 17, 2021, 09:08:11 AM »
The answer is very simple: The force that abducted them from the tent (whatever) did not harm them in the tent(?) Its purpose was only to drive the young people away from the tent. The youths therefore did not know whether the unknown coercive force would kill them. They still hoped that they would survive! And after they came to the cedar tree, they first wanted to make a fire and warm up! Then they wanted to look at the tent. Because they wanted to know if the unknown coercive force was still there. They did not see it there. And they were divided into 3 groups. The 1st group would return to the tent and take the necessary materials. Group 2 would dig a cave in the snow. They would continue to light a fire in the last group. Then anyway, he came and killed the young people one by one!!! This is the most logical explanation for the event.
17

On this date we are commemorating the life and mysterious death of Aleksander Sergeevich Kolevatov with the 1079 Die Urkraft des Dyatlov Passes book in German.
He was the only member of the Dyatlov group who knew German hence the theories that he might have been a KGB recruit. That we will never know.
Today he would have been 87 years old, but he will for forever remain frozen in time at the age of 24. 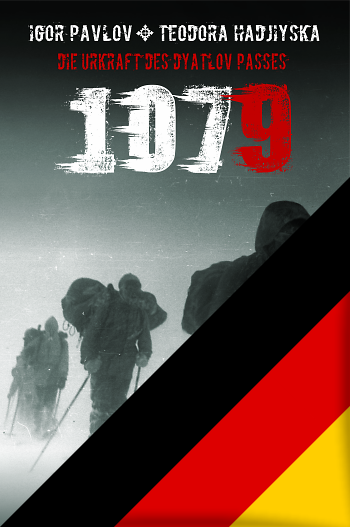 One of the last diary entries from an unknown group member says the they celebrated Kolevatov's birthday on January 30th, two days before the tragic end of the fateful trek. The present was a tangerine that they divided a piece for each except Lyudmila who was in foul mood and went to bed early. This mystery what was this all about will also die with them.
Here is what happened on January 30 → 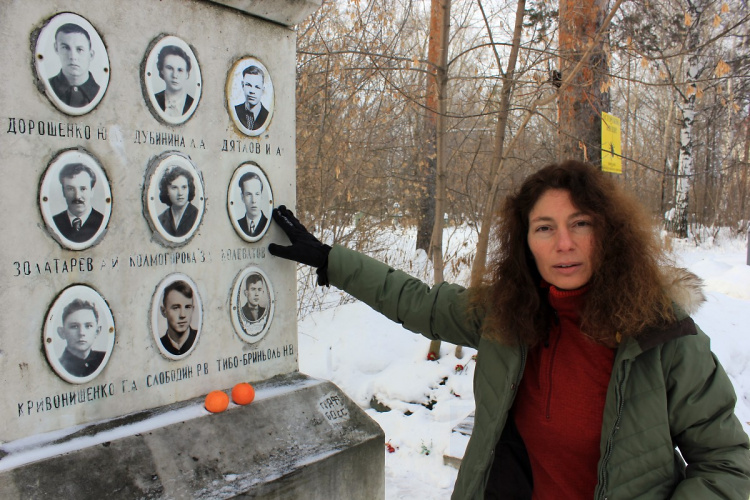 Can cold be a coercive force driving them to the forest where there is firewood and less wind? And then "coming back and killing them one by one" when temperature drops even further?
But probably not, they would first of all put on their coats.

Can a large animal be a coercive force driving them to abandon the tent and climb the cedar?
No prints of large animals found in the snow though..

It seems to me these are the two coerced actions in the Dyatlov mystery: abandoning the tent mid-meal, without coats, and climbing the cedar.

But I don't see how either a "panoramic event" or an armed human attack would coerce them to climb a tree.
20

« Last post by ilahiyol on November 14, 2021, 02:14:41 AM »
Neither natural events nor animal attacks can get experienced and daring young people out of that tent. It already proves that there is no natural event and predator attack in the condition of the tent. There are only two options in this case. 1. Armed human attack 2. A panoramic event. Unknown coercive force(s) carried out a sudden attack. And the aim was not to kill the young people, but only to drive them away from the tent. That's why the young people did not run away. They just walked away from the tent. They wanted to make a fire near the cedar tree and stay warm. They were not very successful. Then they climbed up the tree to see if the unknown coercive force was still in the tent. They couldn't see him. So they were divided into 3 groups. The first group would return to the tent and take the necessary materials. The second group would build a snow cave and take shelter in it. The last group would stay in the tree and continue to light a fire. After that, within half an hour, the unknown coercive force came again and killed them all one by one. This should be the short summary of the horror event.....
Pages: 1 [2] 3 4 ... 10