General Discussion / Re: Pulsed microwave weapons and the 'Havana syndrome'

« Last post by RidgeWatcher on September 17, 2021, 10:32:19 PM »
In the U.S. they call it the "Havana Syndrome" because it was first report by U.S> Diplomats working near downtown Havana near/in the Embassy:

Since that time it has expounded in various locations and always, it seems, among U.S. Alphabets or Diplomats in the various countries were they are working, maybe not doing nice things, perhaps.

the people directly telling their stories: although I have never heard this myself, before:

Because of the information you discovered about the the "three heads" picture I'm very skeptical that any of the alleged pictures presented by Valentin Yakimenko are actually from the camera on Zolotaryov's body.

Looking through the other rolls of film, there are lots of spots and defects that could, when magnified, look exactly like the pictures Yakimenko presented.

Your doubt is justified. There is some strangeness concerning the frames, and why the seemingly most important ones are still not public. I believe many of the frames presented by Yakimenko are actually enlarged dust artifacts and emulsion damage. However, Z7 does look pretty authentic. I will travel to Yekaterinburg next year to find out.

Meanwhile, I did a little image analysis and compared the famous K34 and Slobodin frames to pictures that were taken in the so-called M-Zone, 500 km south of the Dyatlov pass, in 1994. The M-Zone lies on the same tectonic fault line as the Dyatlov pass, and similar light phenomena (UAPs) have been observed there multiple times. 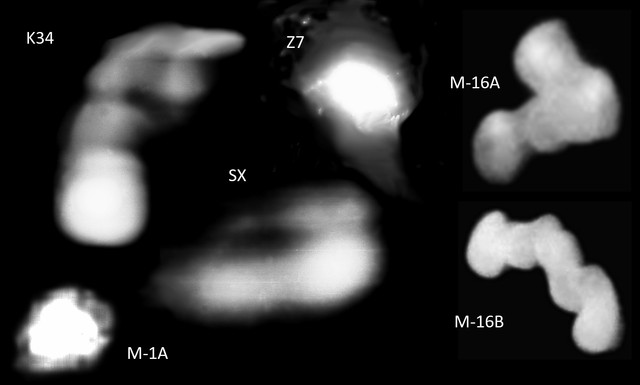 And just for fun, I did some histogram modifications on K34. Sure doesn't look like a lab light, tent entrance or rocket to me.

The so called "plane" is to me a more rectangular vesion of the plasma cloud. Plasma UAPs have been known to be rectangual. In my book there is a scientific analysis as to why. 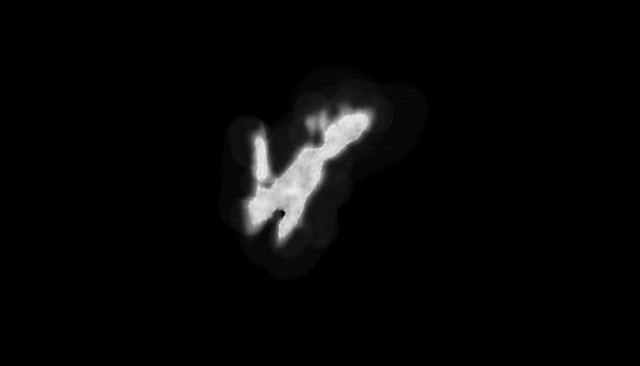 And again just for fun, here is a comparison of M-Zone fireballs to the famous pentagon gimbal videos. I'll leave the conclusion up to you: 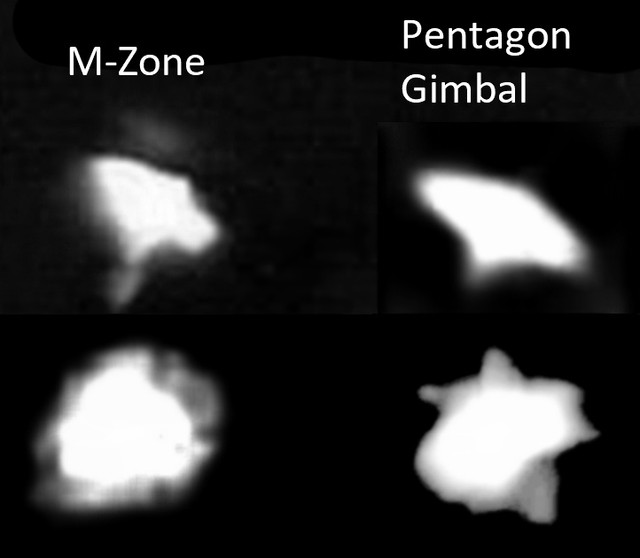 All of these and more surprises are explained in detail in my book "NOT a cold case". I also go in detail into the "eagle" frame, which is to me authentic and the most important public available frame.

PS: I believe this thread is the most relevant one, and before I found it I had very similar questions and conclusions. The key to the mystery has always been why they fled the tent. And the key to that are the UAPs that multiple people have observed during and after the incident. And that were photographed by at least 5 Dyatlov cameras (Yakimenko). There are even eye witnesses on Mt. Chistop on the night of the 1.2,. who thought the Dyatlovs were shooting flares to celebrate their ascent. Must have been big flares, seeing they were over 10 km apart.
3

General Discussion / Communication with "outside world;" did these groups even have flares?

« Last post by Investigator on September 17, 2021, 10:53:32 AM »
I find it odd that the group didn't even seem to think that taking a flare was important.  Does anyone remember reading about any of these groups at the time discussing ways to contact the "outside world" in the event of an emergency situation?
4

What force can tear down one half...

« Last post by Manti on September 16, 2021, 03:12:45 PM »
A flashlight on top of the tent rules out katabatic wind, and meteorite explosion shockwaves. Unless.. it was placed there later.

But there were no other traces in the area, apart from the footprints leading down from the tent, so unless it was dropped onto the tent from a helicopter... the Dyatlovites must have left it there.

So based on this, the Dyatlov group must have left the flashlight on the tent but after the tent has already half-collapsed.

Another possibility I would consider is that multiple searchers have found the tent independently and the first of them have left the flashlight.
7

General Discussion / Is a trench necessary for camping on the slope? Why dig a trench?

« Last post by Manti on September 16, 2021, 03:02:06 PM »
From their last photos, we know they dug a trench.
However, was the tent even found in a trench? From the search photos, it doesn't seem so but hard to tell.
I have read on a different site that a searcher said a trench was found next to the tent but can't find that testimony in the case files...
What could be the purpose of digging one? Starting a campfire perhaps?
8

Avalanche / Re: Avalanche Theory for Dyatlov Pass Incident is Bolstered by New Study

..........................
This is an underhanded tactic from the science field that I have sadly seen too many times. They write extremely technical, usually formula-heavy articles that are extremely hard for a layman to read. I sometimes wonder how many people start to read the article, find themselves in a bewildering forest of technobabble where they can’t even tell what point the paragraph is trying to make, and finally give up and decide that the people must know what they’re talking about because they’re super smart, and they did all those experiments, and it’s based on a computer model. Computers are never wrong. Nobody ever seems to be suspicious that the people writing the article are counting on that, because their technical jargon, computer models, and pages of of math equation are hiding several major problems that can be spotted with good, old-fashioned common sense once the scientific and intellectual veneer is pushed aside.
......................................

Very good observation ! That is the example of the Gaume & Puzrin article, which is certainly correct and accurate, but is useless for explaining the main official documents and reports currently available on the DPI.

No, the injuries are not what can be expected from an avalanche.

The damaging of rib cages and pointed crushing of  skulls seen in Slobodin and Thibeaux-Brignolle are consistent with injuries we see when people are killed by skilled close combat specialists. An avalanche would unlikely crush skulls and rib cages without damaging the limbs. The fracture pattern on the skull of Thibeaux-Brignolle immediately strikes one as having the shape of a rifle butt, and the fact that Dubinina and Zolotaryov had damaged rib cages with no dislocations or fractures of the limbs makes it pretty safe to exclude the avalanche and snow slad theories. Kolevatov's crushed larynx also is far from what one would find if heavy snow had caused the damage, and I myself have learned the technique in jiu jitsu. I also have learned that a trained fighting specialist very easily can break the rib cage of victims with forceful elbow strikes, and this technique leads to major internal bleeding, shock and death.

From the "HOW" part of the TOK theory:

A single group of three attackers, who are not trained in the subtleties of the art of jiu jitsu, but who are able to hit hard and coordinate their strikes in the darkness while trying to isolate each hiker.

•  The free process, very much in use in the Gulag camps since before 1929, is to immobilise the victim by knocking him out and then simply let him die of cold, which can take a long time depending on the temperature.

•  To push in the chests: use of the "trampoline principle" :
https://en.wikipedia.org/wiki/Trampoline
https://en.wikipedia.org/wiki/Trampolining
A 100kg striker jumps 1 metre, feet together, onto Dubinina or Zolotaryov ---> 1000 joules
Rebound of the same striker at the same height ---> 1000 joules
So an impact of 2000 joules, spread over the width of the two feet of the attacker (20 - 25 centimetres), which is very sufficient

•   To excise the eyes and the tongue: small knife or better still a solid small spoon whose edges have been made sharp with a grinding stone or a file.

TOK theory = Eduard Tumanov + Per Inge Oestmoen + Aleks Kandr =  murder or relentless Altercation on the pass
An unusual and short summary of TOK theory by Anatoliy Stepochkin who says he knows what happened on Dyatlov Pass.
https://dyatlovpass.com/dmitriy-borisov-2019-02-12


°°°°
Igor B has the tremendous quality of proposing a complete and detailed explanation of the DPI.
To be able to judge Igor B theory correctly, you should read the interesting forum :

Unfortunately, it is long to read because there are 110 pages of 20 posts which makes about 2200 posts !
It is entirely in Russian (except for the pictures) and it is very difficult for me (despite the translation software) because I do not know Russian.

The wolverine is perhaps one of the least studied large carnivores in the world. Many people do not know that Wolverine has exactly the same chemical weapons as the skunk...»[/i]

I agree with your observations winterleia.
......................
The ravine 4 injuries are explained well by Igor b. I am happy with his observations and reasoning. If it was a collapse of a snow bridge/cave they wouldn't be able to dig there way out, nor could anyone that was standing outside of the collapse dig them out. The nature of the snow would be like concrete. Maybe some of the others tried but had to give up.
................
It is plausible....

If the ravine 4 did use a naturally formed snow cave and it did collapse on top of them , there is a lot of evidence to explain their injuries. This includes broken ribs and fractures, the nature of the fractures , lack of frostbite compared to the other 5 along with other known differences in the autopsy.


••• For Kolgomorova, Dyatlov and Doroshenko's injuries, Krivonishenko's burns and crushing of skulls seen in Slobodin and Thibeaux-Brignolle Igor B is more questionable and less convincing.

Perhaps we could try to consult Eduard Tumanov later  ?? .

Was there not the odd observation that it was found on top of a significant amount of snow?